Today's the day, guys! Book 2 in the Fated Mates of Xaensskar series is now available on Amazon.

Kreia doesn't expect to feel anything other than hatred and fear for the man who mistakes her for a boy--no doubt her disguise has something to do with that--but her dislike soon melts away as her fear eases and she begins to feel...something else.

Instead of sending her to the authorities as planned, he changes his mind and decides to take her to the deadlands to teach her lessons and skills that will help her become a "man," and she knows it's only a matter of time before he discovers her secret.

Dexx Tavin is losing his mind. 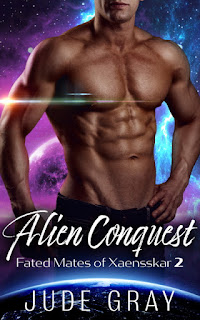 on December 14, 2020
Email ThisBlogThis!Share to TwitterShare to FacebookShare to Pinterest